Today’s STERLING Drain D’Rooter -ADVANCED HydroCam SEWER SERVICE originally started in business as LIGHTNING Plumbing-Heating and Electric in 1984. It was created by two IVOR J. LEE PLUMBING employees named Willard F. Alabran and Bradley A. Sterling (Neither are in the photo above). After a few years the co-founders decided to go their own ways. Mr. Sterling at this time with the assets of LIGHTNING P-H-E, began service under the name of B.A.STERLING CO. In 1988 B.A.STERLING CO. was incorporated and Brad brought into the company his brother Brett A. Sterling, and Dennis D. Fry. Brett brought with him his vast knowledge of expert financial and customer relation techniques. The majority of his job was writing bids and estimates and overseeing certain projects that were being done for the City of Sharon. Dennis contributed to the organization with his expertise in legal and contractual matters. Dennis wrote contracts and handled all legal matters associated with the company. Brett Sterling and Dennis Fry are still affiliated with the company today along with Brad’s wife and both daughters.

In 1996, the construction trades competition was fierce, and worker’s comp. rates were on the rise, so Brad and his wife decided to do away with all of the non-plumbing related entities and focus on a specific area of the construction and service industry. What they did was create Drain D’Rooter. With Brad’s extensive plumbing experience and his vast knowledge of waste-water, septic and sewer systems, it seemed to be the perfect choice and has proven to be just that.

In November of 2017, the invested partners                          (GENNARO F. RICCIARDI, BRETT A. STERLING and founder BRADLEY A. STERLING) decided to change the name of the company to STERLING Drain D’Rooter – ADVANCED HydroCam SEWER SERVICE. (STERLING SEWER SERVICE) for short. The name change was imminent to hi-lite the true nature of the company and showcases the most advanced sewer technologies known today such as Hydro Jetting and CCTV Video Inspection which they have been perfecting since 1997, and CCIP Lining and Internal Point Repair since 2017. They also wanted to incorporate the “STERLING” name back into the business to accurately represent the personal connection and reputation that the company has been building on for 38 years.

“THE NAME CHANGE WAS ALSO IMPERATIVE TO COMPLETELY STAND US APART FROM THE OTHER ROOTER COMPANIES THAT HAVE DESTROYED THE TRUST AND CONFIDENCE OF THE GENERAL PUBLIC AND THE LOCAL GOVERNING SEWER AUTHORITIES.” Gennaro F. Ricciardi.

” We don’t have to run full page ads in the yellow pages to get business like our competitors do. We get ours from word of mouth. Over 98% of our calls are from referrals. Not just from your neighbors but by industrial, institutional and commercial businesses along with many municipal sewer authorities of local governments. When you call us, we then begin a lifelong relationship with you. Not like the big named franchises who you never get the same repair technician twice. Most of the same associates that have worked for this company in 1984 are still here today. We know you, and you know us. We strive for a one on one relationship with our customers, from the start of a project until it’s completion… and beyond. The way it should be. Other companies and competitors who are in this trade also call us. If they can’t do it, then they know we have the knowledge, skills and equipment to get the job done.”                                              Bradley A. Sterling. 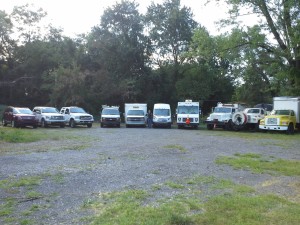 ” Do you have a project that you need completed? Not sure how to do it? Call us. If we can’t help you, we can put you in touch with those who can ! ”